The Old and the New

Are you entering into the Holiday Rush?  I have so far bought one present and made plans to make a few simple pillows for several others.  If time allows I have several quilts I'd love to get quilted and bound.  Plans are in place for not one but TWO meals for family during Thanksgiving weekend.  That's about as far as I've got so far other than starting to get a few housekeeping chores underway. Are you making any progress? 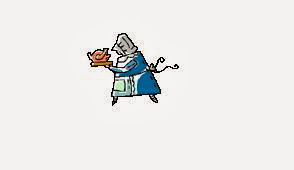 I know my blogging has been limited lately but I haven't been creating anything in the studio.  I have been quilting on the longarm for other people and I am still trying to organize things.  I know I've been at it a while but you have no idea how much there is to go through and I AM making progress.  I have found a few bags of things to donate, I don't think I will ever need any floral tapestry upholstery fabric in the future, and my Dear Husband helped move the large 33 gallon size and smaller bins around in the large storage closet.  I think he was sore for a couple of days after that.  I am going through some of them and trying to sort out some of the contents.  Yesterday I was trying to decided if I will ever get around to making bears or Santas and use the yards of fur and Sherpa fabrics I have.  I don't have to many pieces but it is SO BULKY!  I do have several large Santa patterns that I have wanted to make for years. They are one of the things I collect (I guess that means Santas and patterns LOL).  I have made a few dolls in my life.  Do you remember the Cabbage Patch dolls? I made a few for my girls.  The boys had fun kicking them around I think.  Ahh... the 80s I remember them and a house filled with four growing busy kids.  The good news is we all survived them.

Now to share something OLD.  Have you found that people give you fabric, notions and other sewing/quilting things because they have them and don't know what to do with them or how to use them?  My Mother always said not to turn down anything that someone offered to give you.  Now that I'm older I understand that it is a Blessing to Give as well as to Receive. If you never accept things from others you are depriving them of the Blessings that come from Giving.  You can always pass it on to someone else if you don't need it.  I had one friend that said she was a funnel to channel things In and Out to/from others.
Anyway a couple of months ago my DH came in a asked if I wanted some sewing stuff that his bookkeeper had.  Her Mother had died and she doesn't sew so she has been trying to clear out her Mother's belongings.  I said sure but had no clue what would show up.  A few days later he came home with a box full of things.  There was a new quilt batt still in it's package from a chain store that closed and then became Target.  A variety of notions, thread, zippers, snaps (does anybody use them anymore?) needles etc.  There were a couple of unique notions that I will share with you later.  Then there was a stack of these: there are 62 Grandmother's Flower Garden Hexie Blocks.


They are overall in good shape.  They have been washed and starched, sigh, so a few have frayed edges.  There are no papers so I don't think they were done with English Paper Piecing.  They just have hand stitched seams. What would you do with them?

Now for something NEW!  Back on my birthday my DH gave me a card saying he would buy me a gift when I decided what I wanted.  (He hates to shop! Can you tell?)  So I found something on sell that I had been thinking of getting for several years and after showing it to him and thinking about it some more for a few days he said to order it.  It has arrived and now has a home in the studio (thanks to more rearranging).

The Accuquilt Studio Die Cutter makes cutting out quilts much faster!  I have been able to use one at the Charity Quilt group that I belong to.  I plan to use it to make up some kits for charity quilts.  So begins another collection for me: Cutting Dies.  Maybe I should open an Etsy shop and sell a few kits too.  What do you think?

Spend some time GIVING THANKS for those who have made it possible for us to enjoy our MANY BLESSINGS and FREEDOM in this country!  There is no way to repay them for their service and sacrifices!