A bookstore is one of the only pieces of evidence we have that people are still thinking.

No, I haven't fallen off the side of the earth.  I'm still around and hopefully I'll be making my presence know a little more often here.  When I got back from Texas I began seeing a nutritionist to try and get some help with a few chronic health issues that have been causing me to have very little energy and other problems.  After 2 months on my new diet I am beginning to feel better and have a little more energy.

As I was explaining what I am to be eating to a friend a few weeks ago she said "Oh, I'm familiar with that diet.  If it tastes good spit it out."  Of course it isn't quite that bad.  It's really a clean food diet, as organic as I can make it but I'm not too obsessed with that point.  No gluten, very few carbs.  I don't know about you but changing the way you eat takes a lot of time and mental energy.  My husband and I had gotten used to eating out a little too often but sometimes we just don't want to cook.  Now I am back to cooking more and eating a lot of salads.  This and the more frequent trips to the grocery store have of course changed my daily routine more than a little.

I have managed to get a little sewing done in the studio.  Here is some of the things that I have done for the Rainbow Scrap Challenge.  I am behind in my posting them so I am sharing all I've made so far. 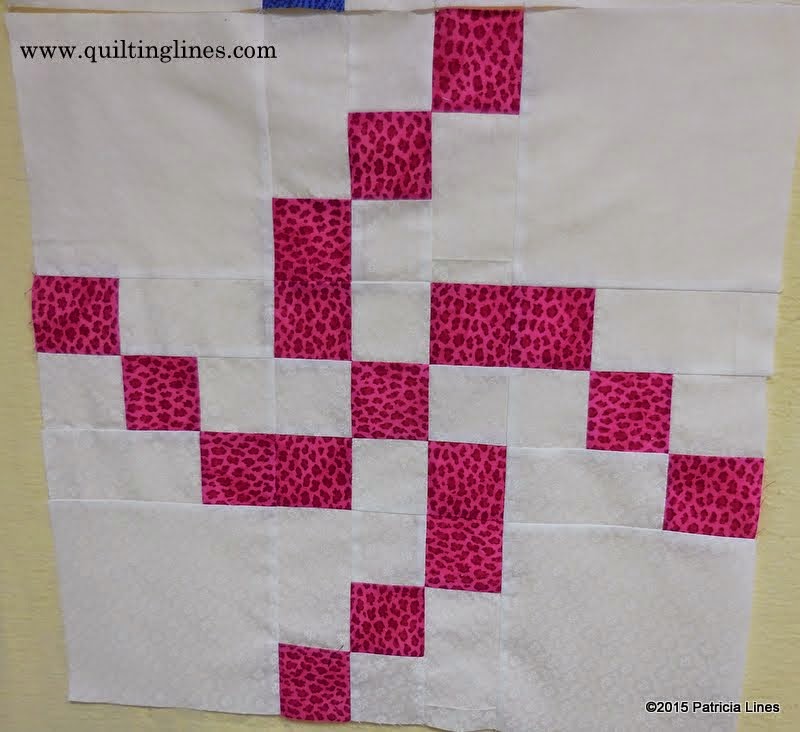 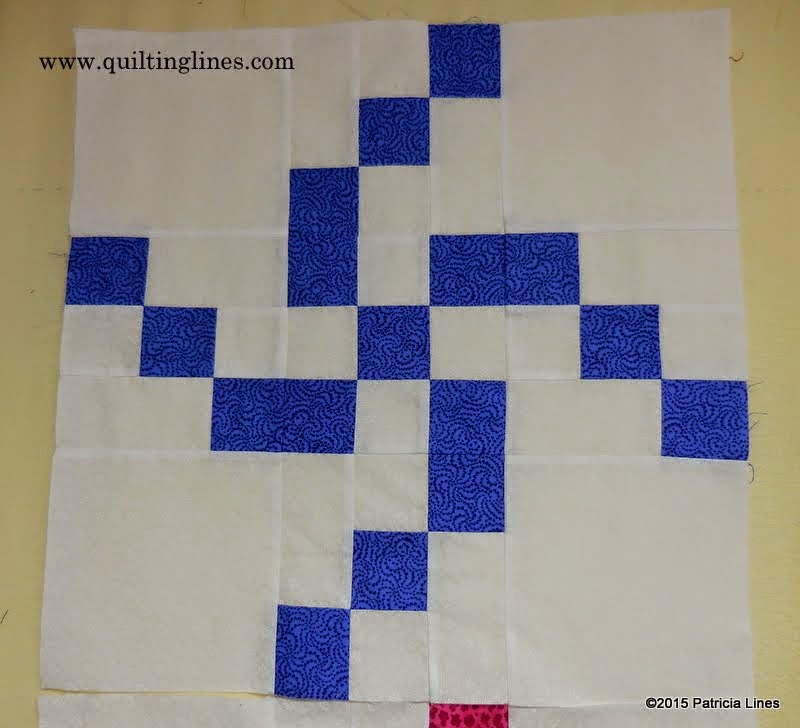 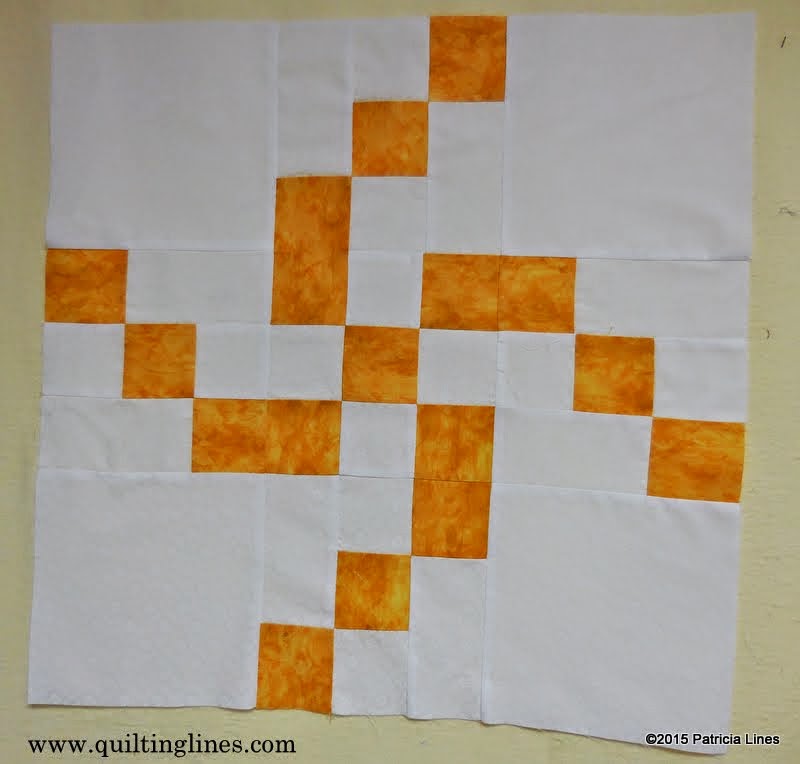 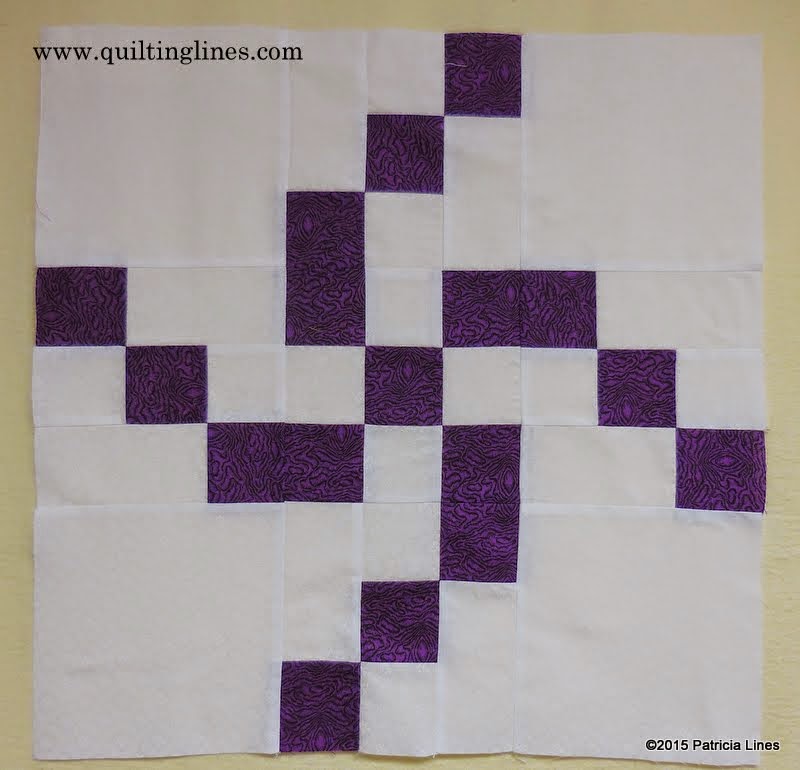 I got the directions for this block off a blog a few years ago.  I love the movement of it.  I would give you a name for it and who designed it but I have no idea.  The PDF was not copyrighted nor did it have the blog name on it.  I know it was off a popular blog but I haven't a clue as to which one it was.  If you know let me know.  If you don't let this be a lesson that if you want credit for something... PUT YOUR NAME ON IT!!!

Perhaps you remember that I wanted to make this Storm at Sea Quilt. 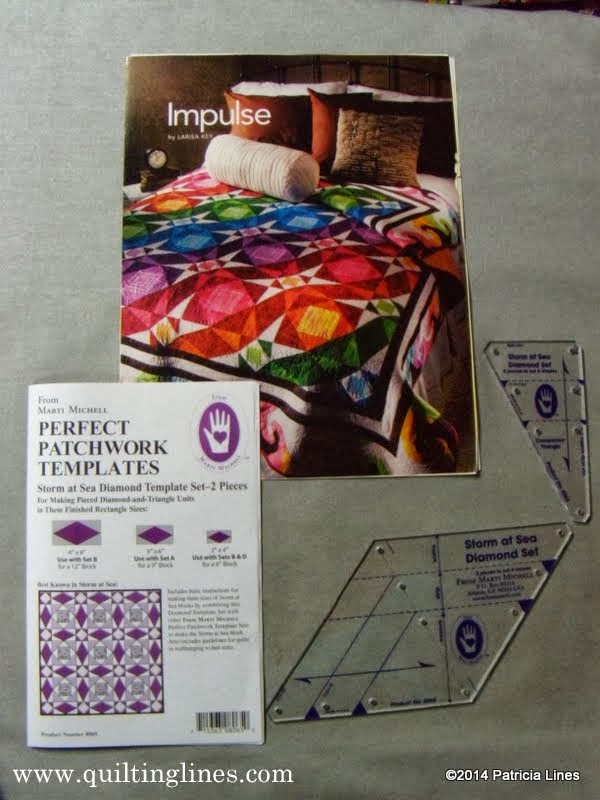 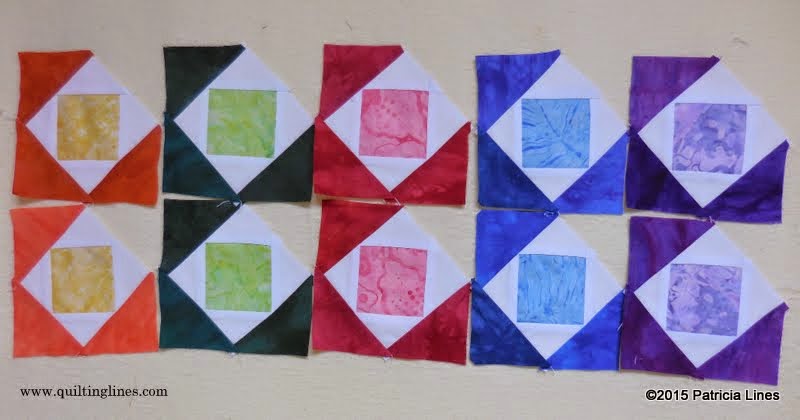 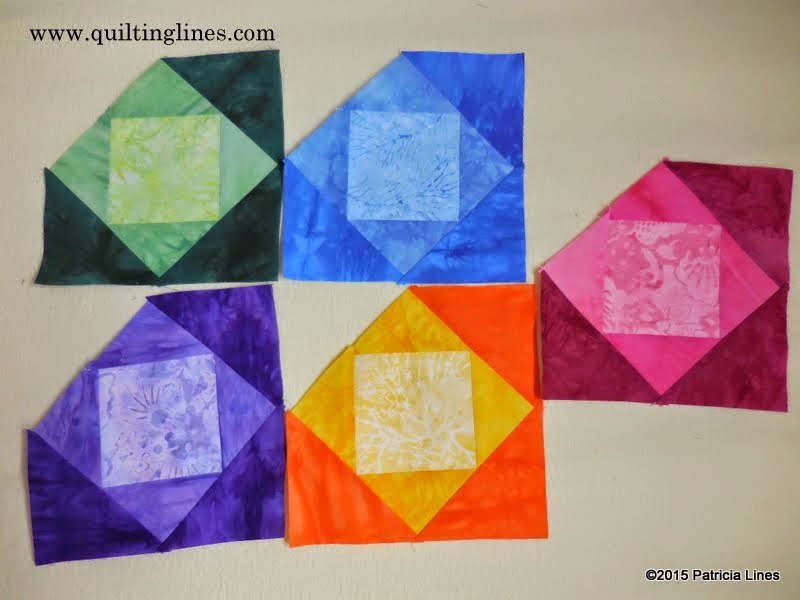 I have all the blocks finished except the Square in a Square ones are missing the final triangle.  I left it off until I get them on the design wall and decide if I want to use the color layout that was in the magazine or not.  The layout will decide the color of the last triangle so that is why I'm waiting.  I'm using the hand dyed fabrics that I ordered from Vicki Welsh for this quilt.  I had a set of 5 batik fat quarters that worked for the center squares.  I'm not sure what I will be doing for the borders.  I'm pretty sure I don't want to do the Monkey Wrench blocks that was in the magazine.

I did use Marti Michell's templates to cut it out and it went well in the cutting and sewing.  I know many people paper piece Square in a Square blocks but I don't see the point.  If you cut them carefully they go together well.  The magazine had templates for all of the blocks to be paper pieced but I didn't  make them like that.

I went ahead and finished the colorways.  Since the pink and red, yellow and orange were both in the same blocks it doesn't follow the monthly colors picked exactly.  I'm kinda curious to see how it will look all together.  The only thing I didn't like so far is I would have liked a little more value difference in the purple blocks.  They are together now and not likely to change.

I have a few more things to share but I'll share those another day.  Tell me if you have had to change your diet drastically and what results you had in the comments.  I'd love to have a little empathy.  LOL

Linking with:  Rainbow Scrap Challenge and Design Wall Monday
and Show and Tell Tuesday
Posted by Patricia at 1:56 PM